"Floating city" over China or Beis Hamikdash (Third Temple) falling from heaven? Judge for yourselves! 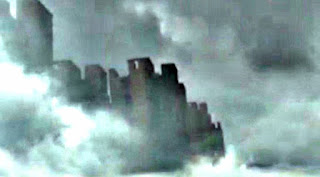 begins to descend from heavens, you must pray that you will

UK Telegraph, The National Geographic and others a strange

phenomenon in which thousands of people on China witnessed

what they described as a "floating city" decending from heaven.


See and hear for yourselves...