Frightening story from Emunaroma about someone who regularly spoke against Rav Berland: "By 4am, he was dead. It was completely unexpected" 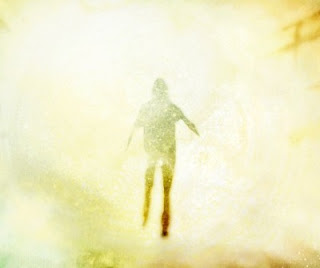 Yesterday, I recieved a message from one of my readers, Orna, who wanted to share her story with my readers here on Emunaroma, to make it clear how dangerous it is for us to speak evilly about our fellow Jews, and especially the tzaddikim of the generation.

Here's Orna's story, in her own words.

Around Rosh Hashana time, 2014, I came down with a very bad case of food poisoning. Hospitals have always scared me, so I didn’t want to go to the hospital, but in the meantime, I fell into a coma and had what’s called a ‘near death experience’.
While I was in the heavenly court, I saw the late Rav Ovadia Yosef, ztl, and he told me to go back down to earth, and that everything would be OK. I didn’t want to come back…but I returned.

Two years’ later, I had another ‘near death experience’, when I fell and lost the baby I was carrying at six months, and started haemorrhaging massively. That time, I was taken to the hospital, and again, I went up to Shemayim. The only thing that brought me back that time was the thought of my seven year old son, who would otherwise grow up without a mother.

I’m telling you these things because since my two near death experiences, I’ve been able to know certain things before they happen, and I see visions of things that are about to occur. I don’t usually talk about these things, as they make most people very uncomfortable.

Since my near death experiences, I also have a sixth sense about what is happening in the world, and what is true and what is false. I can tell you without any doubt whatsoever that Rav Ovadia Yosef, ztl, was the prince of the Torah world; and that Rav Eliezer Berland is the Tzaddik of the generation.

I write a blog, and last year I started re-posting some of the articles I was reading on Emunaroma, and also on the Shuvu Banim website, about the greatness of Rav Berland. After I posted these articles up, I sent a link to my son-in-law, who’s a Na-Nach, and also to his mother.

A little while later, the phone rang. It was my son-in-law. He started telling me some absolutely vile, horrible slander that he’d heard from his mother, and I was so stunned I didn’t know what to think. I warned my son-in-law, and also his mother, that they should be very careful about what they were saying, but she in particular was speaking out so strongly against Rav Berland, I had to just leave it alone.

My son-in-laws parents were both baal teshuvas, but they had zero respect for rabbis. The wife, in particular, was always saying that there are no good rabbis today, and that all the rabbis are evil-doers, God forbid, and that you can’t trust them.
When all the slander about Rav Berland started up, she started telling everyone she knew all the terrible lies she’d heard, and I was really worried that something very bad was going to happen as a result - but I couldn’t say anything to her about it. She wouldn’t listen. She couldn’t see.

My daughter is expecting her second child this week, so she and her husband decided to go to his parents for Shabbat, Shabbat Mishpatim. Usually, she would get into a big argument with her father-in-law about rabbis and other things, but this week, her father-in-law was very quiet. He didn’t say anything, and just seemed very happy.

I think he knew what was going to happen, on some level.

Later on, I found out what had really happened. On Saturday night, leading into Rosh Chodesh Adar, my daughter’s father-in-law drank his soda, had a whisky, then went to shul to hear havdala, like he usually does. In the middle of havdala, he started to feel very unwell, and they called an ambulance from the synagogue to take him to hospital. By 4am, he was dead. It was completely unexpected.

I’m telling this story over, because the dead man’s name was ‘Eliezer’, and I know Hashem took him as a warning to his wife - and to other Jews - not to say anything bad about Rav Eliezer Berland. His wife was saying bad things about Rav Berland to everyone she knew, really the most terrible lies.

EVERYONE NEEDS A RABBI

I want every Jew to know that it’s not enough just to say Rebbe Nachman is your rabbi. We all have to hold by the living Tzaddik of the generation. Even Rebbe Nachman himself taught that.

Everyone needs a rabbi. Every baal teshuva needs a rabbi. They need guidance from a living rabbi. I know that people get scared, and that they don’t want to trust anyone else. But I know what is real and what isn’t real in this world, and I can tell you that Rav Eliezer Berland is the living Tzaddik of the generation.

Now, my daughter is due to give birth, and her husband is sitting shiva for his father, Eliezer. I want to tell this story over in the hope that it will even stop just one Jew from opening their mouth, and speaking badly about the Tzaddik of the generation.
​
May this article by a merit for a safe, easy and healthy birth for Devora bat Orna, and her daughter Nomi Hadassa bat Devora.